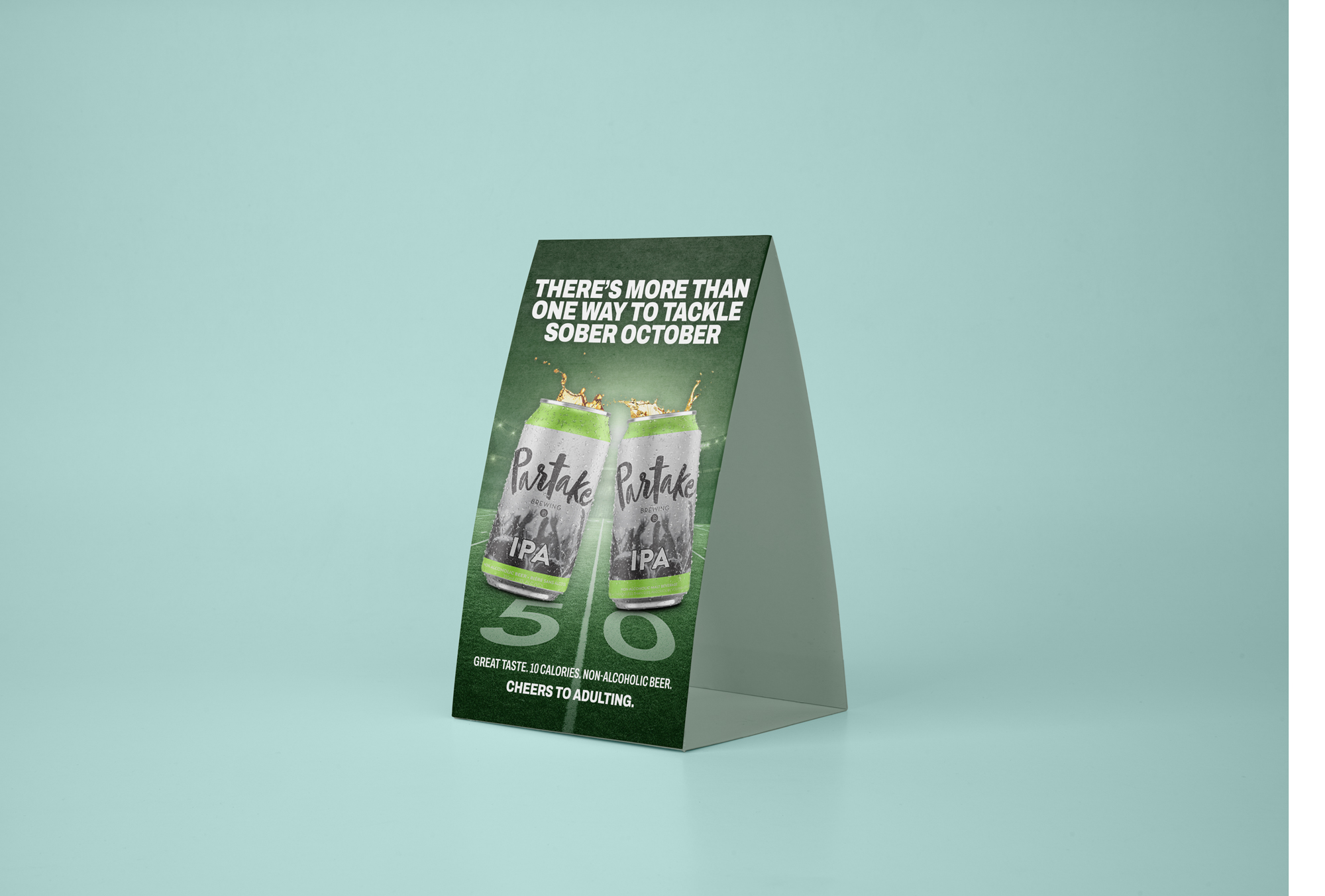 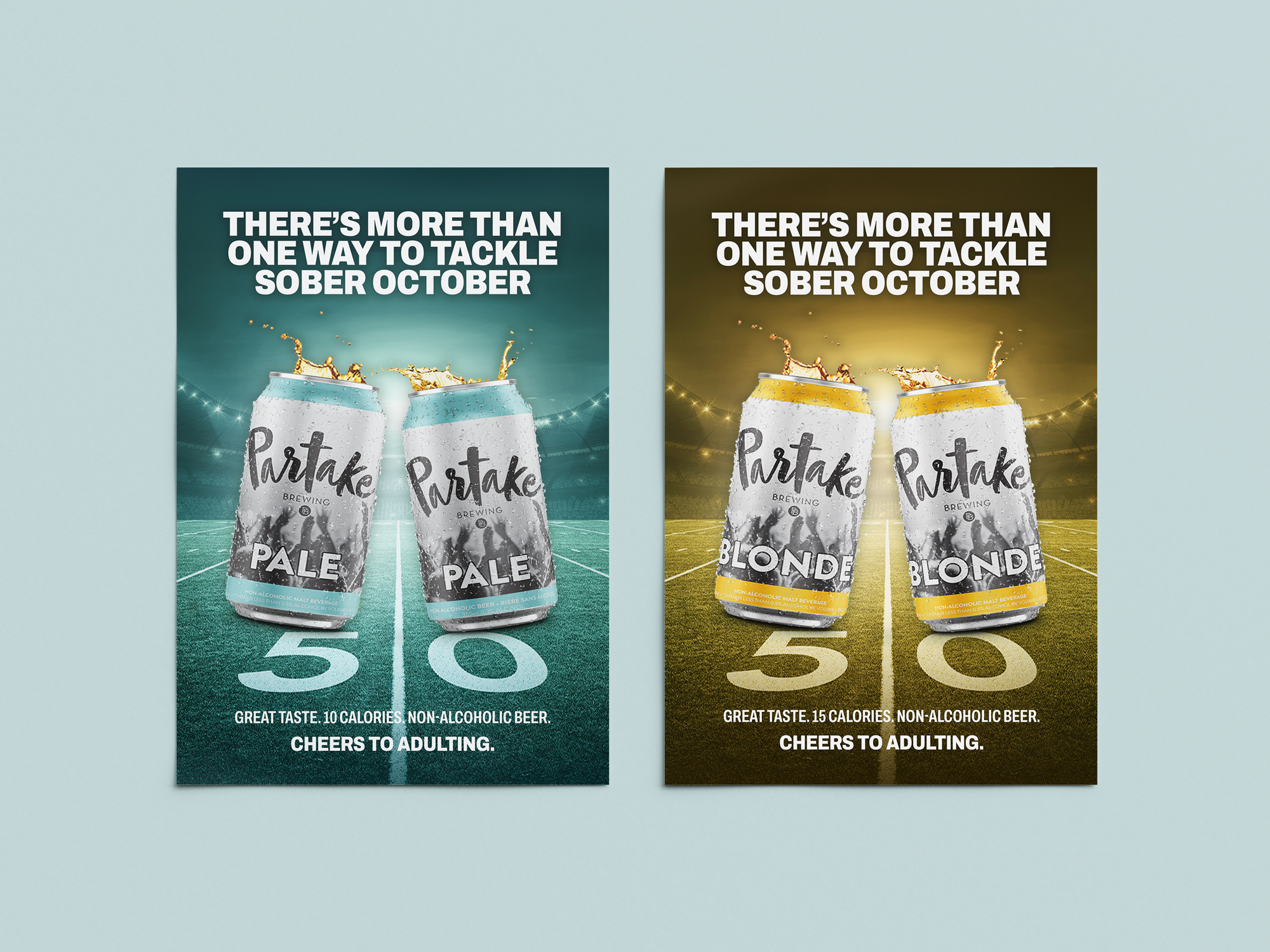 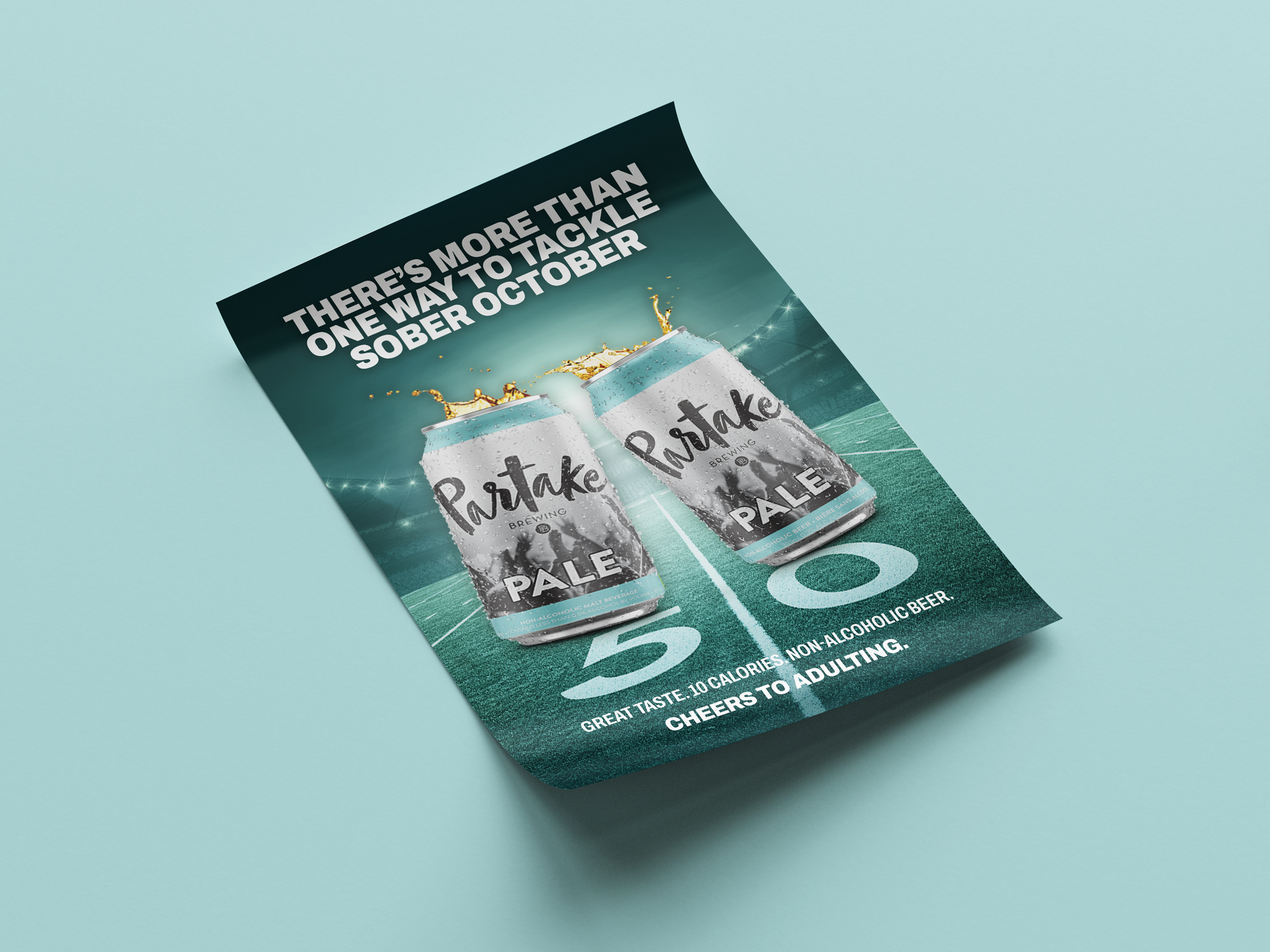 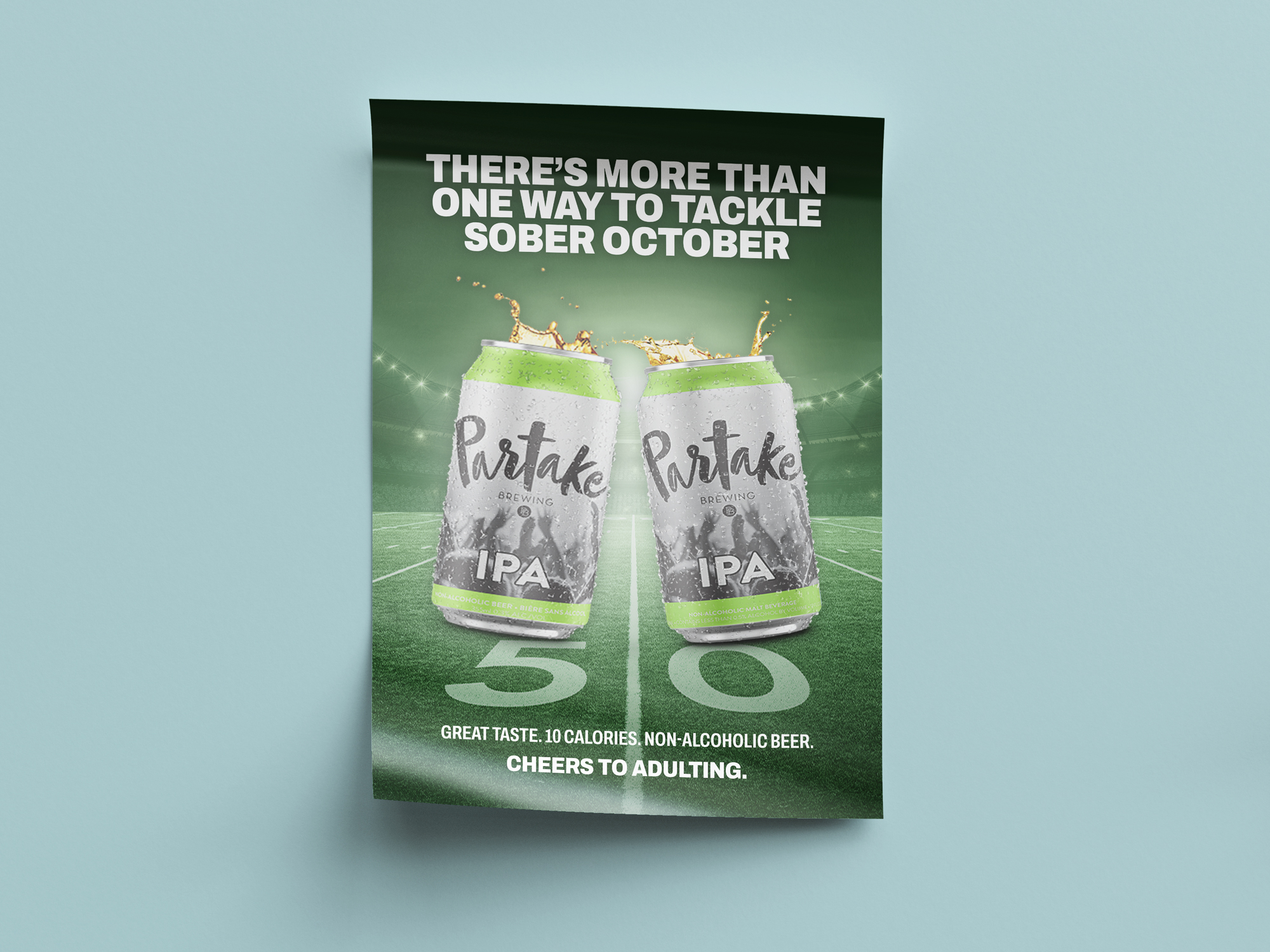 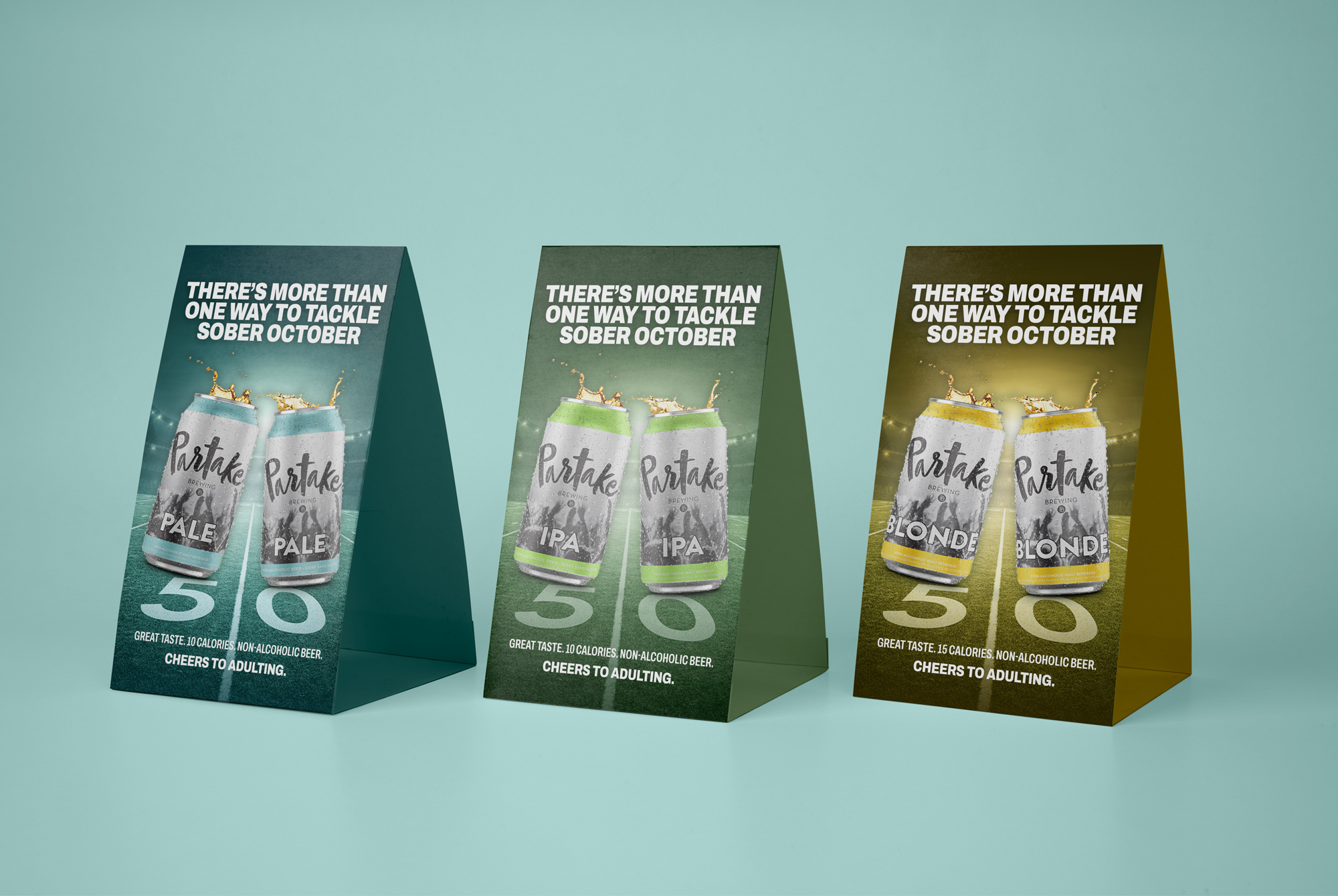 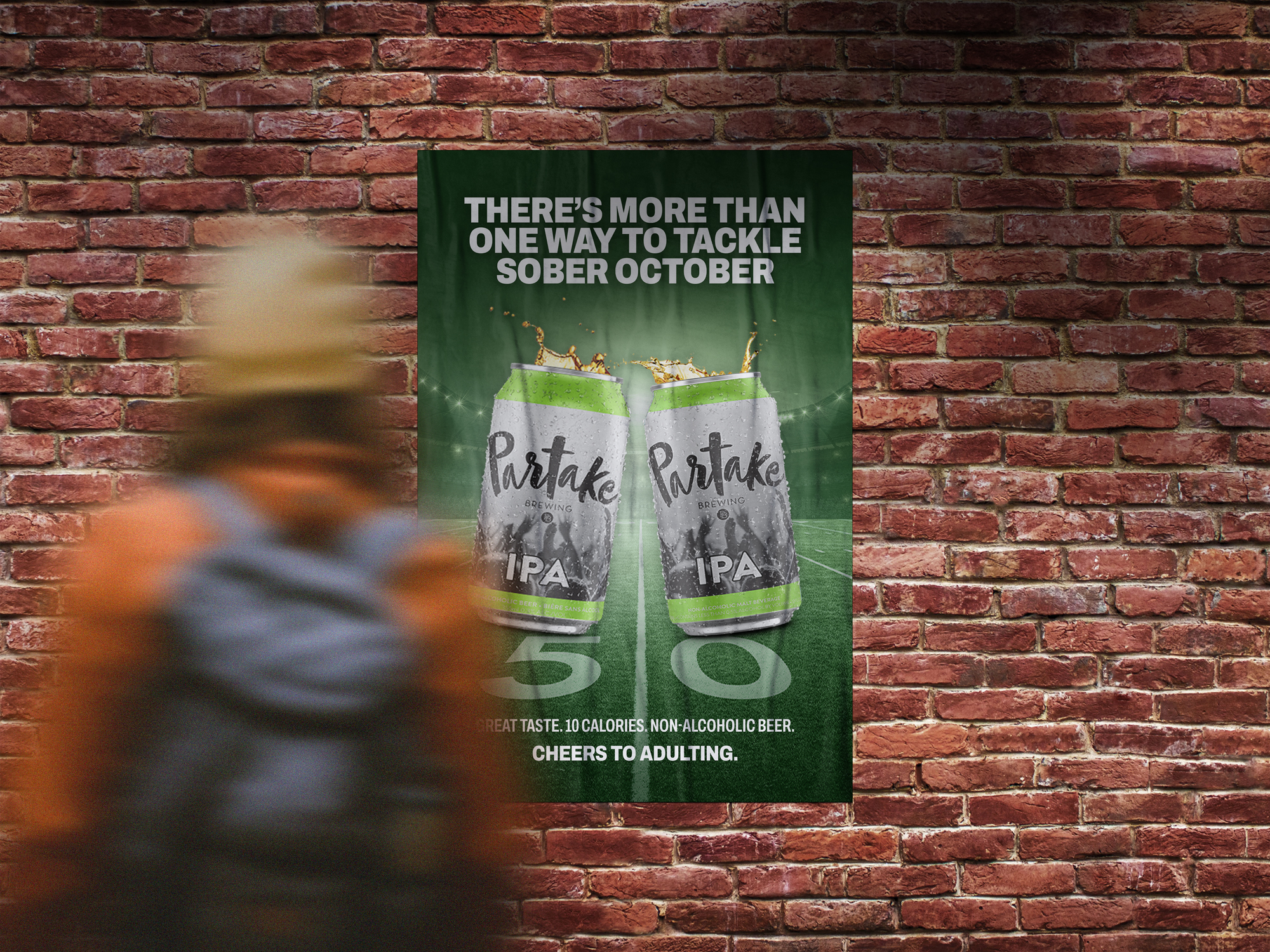 To support retail sales, a campaign was proposed to leverage “Sober October”, an initiative to encourage social drinkers to go alcohol-free during the month of October. Being a non-alcoholic brand, Partake Brewing sought to mesh the idea of going without alcohol during the Football season, which is widely known for excessive drinking during the season.